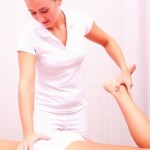 Is A Chiropractor Qualify To Be A Doctor?

Chiropractic doctors are not properly understood when it comes to the practitioner role of the health care department. Since the last century, the chiropractic care profession faced many challenges and much scrutiny to be considered as a useful service in health care sector. There are many misconceptions regarding what is a chiropractor or is a chiropractor a doctor , and how medical issues are resolved with this treatment.

Basically, chiropractic is a science which deals with functions and structure of a human body. Many people have similar doubts:

A chiropractic degree can be earned after completing a course for seven years, similar to other medical course. The first 3 years include the theory course, while the last years are the internship period where the student learns practically. After 7 years, the student is rewarded with the DC or Doctor of Chiropractic qualification.

Throughout the course, the student gains enough knowledge on human physiology as the duration of course includes 4,200 hours with classroom training, practical training and projects. The chiropractor doctors also have to pass the basic science examination or through State Board of Examiners.

The Comparison Of The Chiropractor To The Medical Doctor

Today, the training of chiropractor is similar to that of medical doctor. In North America, there are various chiropractic programs that require undergraduate degree before accepting any student. The science subjects are similar to medical courses which include human anatomy, physiology, biochemistry, and many others.

Standard chiropractic accreditation involves 4200 hours, a total of clinical experience, classroom training, and also laboratory experience. Medical as well as chiropractic programs generally diverge in its third year, when the study focuses mainly on chiropractic skills and on developing manual expertise. Medical students invest more time on diagnosis, pharmacology, and also on few surgical procedures. However, depending on the chiropractic laws and practices, a student may also become a chiropractic doctor.

In many western societies, chiropractic practice also overlaps into some parts of private health. Many other countries are initiating plans to incorporate chiropractic care into health care plans.

Surveys have shown that many people have witnessed benefits with chiropractic treatment, such as less sick leave during work, reduced need for operation, reduced drug usage, and healthy living. With the increase of medical charges for prescription drugs and testing, high rates of emergency surgeries, treatment costs, cancer rates etc, more and more people are turning to chiropractic.

Many people gain advantages from chiropractic care. However, they have to be combined with the proper nutritional diet, stress reduction and regular workouts in order for it to work. If you have not tried it till date, you should definitely do it now!